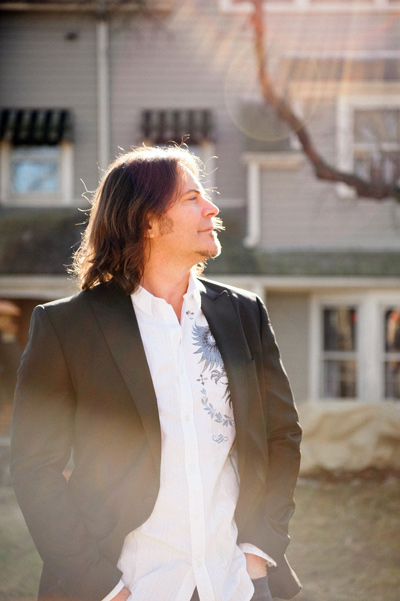 The Ticked Off Music Fest was founded in 2012 by Gregg Kirk, who currently hails from Connecticut, the state where Lyme disease was first discovered. Kirk is the lead singer/songwriter for the band The Zen Engines and former publisher of the Philadelphia/Delaware-based publication Big Shout Magazine. He has also been dealing with chronic Lyme for more than a decade.

Originally from the Philadelphia area, Kirk got his musical start playing with Philly legend Robert Hazard shortly after Hazard penned “Girls Just Wanna Have Fun” for Cyndi Lauper. Kirk then went on to form his own bands, including The Killtoys, Shovelhead, The Figurados and eventually The Zen Engines.

In 1989, he founded Big Shout Magazine, a monthly entertainment tabloid that covered the arts and entertainment happenings in the Delaware Valley from Philadelphia to the Delaware beaches. While acting as executive editor, he founded the Delaware Valley Music Poll Awards (a Grammy-like music poll culminating in an awards ceremony in Philadelphia from 1991 to 1994) and the Taste of Wilmington Festival (an outdoor food and music festival with a yearly attendance of 4,000 to 6,000 people) until he sold the publication in 1996.

In 1999, Kirk moved to New England and not long after, he began noticing strange symptoms and spent more than two years seeking a diagnosis. Finally, in 2005 a holistic doctor made the diagnosis and Kirk spent the next several years trying a combination of Western medicine and long-term antibiotics but to little avail. In March of 2011, he visited John of God’s Casa de Dom Inácio de Loyola in Abadiania, Brazil where he experienced a major reduction of his symptoms and a spiritual awakening that inspired him to help others with the illness. Since then, Kirk has been dedicated to helping those with chronic illness through music, motivational speaking, and fundraising.

Kirk created the Ticked Off Music Fest to become the only ongoing music series solely focused on Lyme disease education, awareness and fundraising. It tends to go to areas where the rate of infection is high but awareness is low.

In 2016 Kirk also founded the Ticked Off Foundation, a Lyme support organization whose mission is to provide financial assistance and support to Lyme disease patients over the age of 26 who are in crisis. The organization does this through grants and counseling in an effort to stem the tide of Lyme-related suicides.

In 2017, Kirk created and launched LymeKnowledge.com, an easy-to-understand web resource written by him and several Lyme patients to help broadcast the most accurate and up-to-date information on Lyme prevention, symptoms, diagnosis & treatments.

In 2018, he published the book “The Gratitude Curve — Using the lessons of chronic illness to reach personal empowerment.” The memoir chronicles his healing struggles, lessons learned and road he took to recovery.


To find out more about Kirk’s work in the Lyme community and his public speaking and writing background, visit his personal website at www.greggkirk.com.