Lyme in the South Music Fest 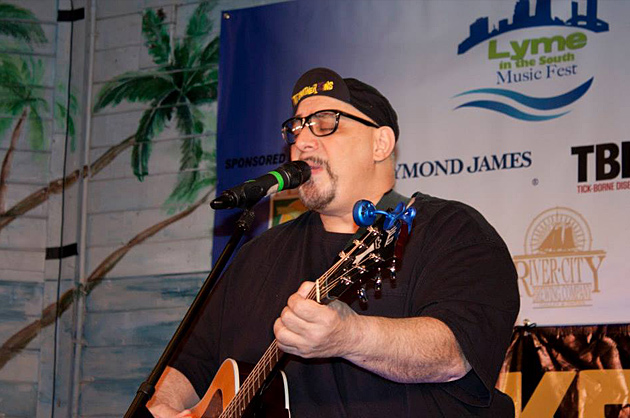 Pat DiNizio of The Smithereens headlined the Lyme in the South Music Fest in Jacksonville, FL.

Our second event was a partnership with the Florida Lyme Disease Association (FLDA) and it was held on May 17, 2014 at the River City Brewing Co. in Jacksonville, FL.

The music line-up featured Pat DiNizio, frontman of the Smithereens, famous for such hits as “Blood & Roses,” “Behind the Wall of Sleep,” “Girl Like You,” and “Only a Memory.” Pat played acoustic versions of these songs as well as tunes from his solo releases.

Rounding out the bill was Nashville-native Alisa Turner who played her breakout hit “Breathing” about her own struggles with Lyme Disease. Also performing was Gregg Kirk of The Zen Engines who played acoustic versions of his band’s material, all inspired by his healing journeys through Lyme Disease.

Speakers included Katina Makris (Lyme activist & author of “Out of the Woods”), Dr. Kerry Clark (a University of North Florida professor of epidemiology and environmental health who has published ground-breaking studies confirming Lyme in the South), and Lyme-literate physician Dr. Shirley Hartman.