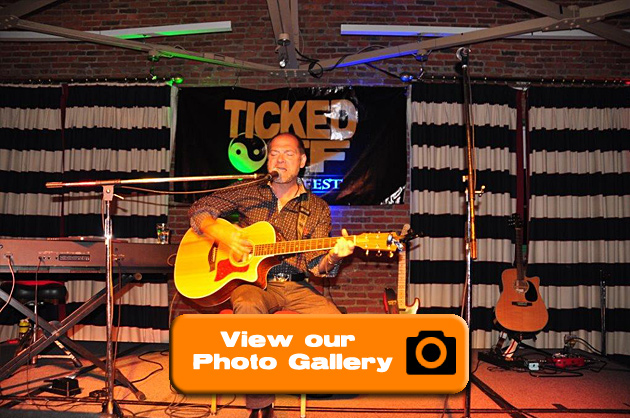 Les “Survivorman” Stroud headlined with an acoustic set at the Ticked Off Annapolis event.

Our third event was Ticked Off Music Fest Annapolis, which took place on Thursday, August 28, 2014 at the Loews Hotel Power House on 126 West Street in Annapolis, MD.

Also appearing was Nashville-native Alisa Turner who played her breakout hit “Breathing” about her own struggles with Lyme disease.

Gregg Kirk of The Zen Engines played acoustic versions of his band’s material, all inspired by his healing journeys through Lyme disease. And rounding out the bill was Maryland singer/songwriter, environmental lawyer, and outdoor educator Dirk Schwenk.

This event raised funds for the National Capital Lyme Disease Association, a group offering education and support to those with tick-borne diseases.