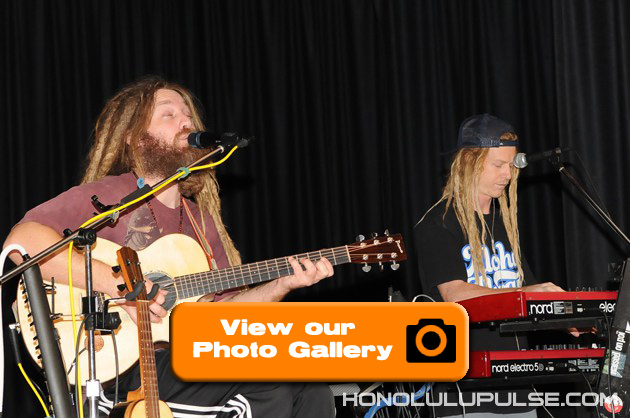 Our fifth event to launch was Ticked Off Music Fest Hawaii on Saturday, January 23, 2016 at the Pikake Room in the Neil S. Blaisdell Center at 777 Ward Avenue in Honolulu, Hawaii.

Proceeds from the event went to a patient fund being developed by the Ticked Off Foundation, a sister organization of the Ticked Off Music Fest that is a 501(c)3 entity (EIN: 47-4783824) raising funds and providing support for Lyme and tick-borne disease patients who are struggling with money and resources due to chronic illness.

Is there Lyme disease in Hawaii? While there have been limited reported cases of patients contracting Lyme disease or other tick-borne illnesses as a result of a tick bite on any of the Hawaiian islands, thousands of islanders have been infected on the mainland US or overseas and have come home to find very limited options in the way of treatment, knowledge and awareness of the diseases in Hawaii. Researchers are now finding Lyme in several species of mosquitoes as far away as Germany. This new research is extremely unsettling to researchers, as it implies Lyme is much more easily transmittable than previously thought, and can exist areas where mosquitoes thrive, like Hawaii. (Source: http://tinyurl.com/mosquitoeslyme). The purpose of these special festivals will be to raise awareness and educate the local population on treatment protocols and other options toward healing.